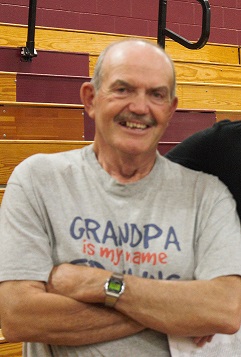 Bowdoinham-It is with deep sorrow that the family of Robert Wallace, Jr. announces his passing on October 31, 2021 after a prolonged, hard-fought battle with pancreatic cancer.

Bob was born October 15, 1949 in Brunswick, ME, the son of Robert Sr. and Dorothy (Goodenow) Wallace.  He spent the majority of his childhood and all of his adult years living in Bowdoinham.  He attended Richmond High School where he excelled in athletics and was a member of RHS's graduating class of 1968. His love of sports did not end when his schooling did, as he spent several decades bowling with the Brunswick Area Bowling Association and played as well as coached softball in the Brunswick Area Men's Softball League. The past 20 years, he devoted a good deal of his spare time to helping fellow members of the Bowdoinham Snowbirds Snowmobile Club maintain the town's trails.

After working alongside his father on the family's dairy farm into his 30's, he went into business for himself building homes in the local area and making a name for himself in the process.  He continued in that profession until this past summer.

Bob's survivors include Bev, his beloved wife and best friend of 40 years; his daughter Melanie Anair and husband Rick of Richmond; and two sons, Christopher Wallace of Freeport and Todd Burns and wife Diane of Sabattus.  Also surviving are the "lights of his life", the four grandchildren who gave him such joy:  Logan and Destiny Anair of Richmond; and Connor and Kylie Burns of Sabattus. He also leaves behind his sister Kathy Knight and her husband Norman Sr. (Bob's best friend), of Richmond; his brother-in-law and wife, Bob and Rita Jones of Zephryhills, FL; brother-in-law Dick Jones of Clinton; as well as special niece Dee Blake of Richmond and nephew Norm Knight, Jr. and wife Summer of Scarborough and their children.

Predeceasing him were his mother and father as well as twin brothers Richard and Russell who passed away at birth.

A graveside service will be held on Saturday, November 6, 2021 at 11 a.m. at Ridge Cemetery, Ridge Road, Bowdoinham, to be followed by a gathering of family and friends at the Bowdoinham Fire Station.  In lieu of flowers, please consider monetary donations to Dean Snell Cancer Foundation, PO Box 104, Brunswick, ME 04011 (to help area New England Cancer Specialist patients who are in need of financial assistance).

Arrangements are under the care of Kincer Funeral Home, 130 Pleasant Street, Richmond, ME 04357.