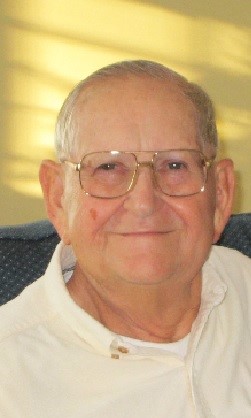 Pittston- Donald George Pickett, 87, passed away at his home in Pittston, Maine surrounded by his loved ones on September 27, 2021. Donald was born on April 27, 1934 in Upton, Wyoming to Nelson George and Opal Sheldon Pickett.

As a youth he was employed by Lothridge Farms in Richmond, Maine and later worked for the State of Maine DOT as a bridge painter, painting bridges from Kittery to Fort Kent using a brush. He worked as a spinning room foreman for the Ames Worsted Mill in Richmond for three years. After the mill closed, he returned to work for the Maine DOT as a truck driver and laborer. He was promoted to Foreman at the Richmond Corner Maintenance Lot in Division 5, Maine DOT. Donald retired after 31 years of service with the State of Maine and immediately went to work for the Town of Richmond. He retired again after eight years working for the town. He was a volunteer fireman with the Richmond Fire Department and President of the Richmond Summer Boys Baseball League.

Donald will be missed by daughter Jill and her husband Paul Adams, son Jeffrey and his wife Elizabeth Pickett; grandchildren Michael Guiou, Adam Guiou and his wife McKinley Donahue, Jillian and her husband Dan Getchell, Christopher Pickett and by his great-granddaughter, Aurora Guiou.

He is predeceased by his wife of 63 years, Patricia Alcott Pickett. They lived and raised their children in Richmond and moved to Pittston in 2004.  He is also predeceased by his parents and his brothers; Blaine, Walter and Peter Pickett. He is survived by his brothers, Orrin and Richard Pickett and his sisters; Catherine Pickett, Nancy Havens, Anita Meserve, Cora Gardner, Clara Trussell and many nieces and nephews.

The family would like to thank the staff of New England Cancer Associates in Topsham for their wonderful care, with special thanks to Dr. Brian Haney. Thank you to Maine General Hospice staff for their care of Donald at his home during his final days.

The family would especially like to thank his many friends for creating and sharing joy in his life.

Family and friends are invited to a casual outdoor celebration of Donald’s life at his favorite place: The farm on Telegraph Hill (746 Wiscasset Road, Pittston, Maine) on Sunday, October 10, from 1 to 4 P.M.