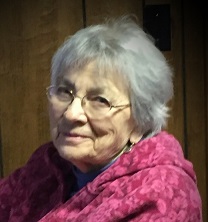 Bowdoinham-Marian Blake Bagley, was born on January 21, 1928 and at the age of 93 passed on February 6, 2021 at her home with her beloved family by her side.

Marian was an active member of the Second Baptist Church in Bowdoinham and a Life Member of the Grace Chapter of the Order of the Eastern Star.

Marian loved watching her backyard birds, cooking and preserving, knitting, sewing, running the Bowdoinham Country Store and being with her family and friends. She was a true caregiver to all she knew. Marian was the recipient of the Boston Post Cane in 2019 as the oldest resident of the town of Bowdoinham. Prior to moving to Bowdoinham in 1959, Marian and her first husband, Robert Blake owned 3 restaurants in the Rockland area. They were the proprietors of R.H. Blake General Store/Bowdoinham Country Store until 1976 due to Bob’s failing health. Marian purchased the store back in 1979 with her second husband Ronald Bagley and ran it until 1998.

A Celebration of Marian’s life will take place on July 18th at 2pm in the Bay View Cemetery, Bowdoinham.

In lieu of flowers contributions can be made in Marian Blake Bagley’s name to the Second Baptist Church, 1 Church Street, Bowdoinham, Maine 04008.