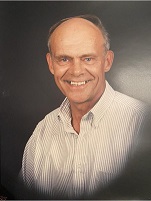 Dana Sherwood Sullivan, 83, of Richmond, Maine, passed in peace on February 4, 2021 surrounded by his beloved family. He is survived by his wife of 62 years, Charlotte Hinkley Sullivan, of Richmond; children: Kimberly Russell and husband, Jim, Dana Sullivan and fiance, Dagmar Jenison, Kristin Sullivan Lorbeski and husband, Michael, and Susan Sullivan Carver and husband, Paul; grandchildren: Justin Ramsey and wife, Taylor, Erinn Caraway and husband, Mike, Chelsea Lathrop and husband, Jake, Peter Lorbeski and wife, Kayla, Samuel Lorbeski, Joshua Rogers and wife Nicole, Dustin Sullivan and fiance, Gabi Napolitan, Emily Frost and husband, Garrett, Jennifer Lorbeski, Kristy Sullivan, Matthew Lorbeski, and Macy Carver; great grandchildren: Ava and Alia Ramsey and Roscoe Moulton, Mackenzie, Bailey, Alex, Drew, and Colby Caraway, Harper Lathrop, and Eliana Lorbeski; niece/bonus daughter, Alicia May Downing, and several other nieces, nephews, sisters-in-law, and friends. He was predeceased by his mother, Freda Marriner Sullivan and father, William Sullivan. Dana, born March 7, 1937, graduated from Richmond High School in 1955. He attended Southern Maine Technical College, graduating in 1957 with an associates degree in electrical technology. He worked at Central Maine Power for more than 42 years, and continued for 5 years for Florida Power and Light, working in electrical production and hydroelectric supervisor roles. Upon retirement, he continued to work for a few years with FPL as a consultant. Active in the community, Dana was a member of the Richmond Enterprise Grange, holding offices in his active years. He was a member of Village Lodge #26, holding the position of Master of Richmond Lodge in 1980. Dana joined the Richmond Volunteer Fire Department as a teenager, holding the position of Fire Chief from 1980-1987, then remaining on the Department for a number of years. He was a member of the Richmond Days Committee, the Sesqui-Centennial Celebration Committee, and the Town of Richmond Board of Appeals. He was a valued member of Dresden-Richmond United Methodist Church, often volunteering his time and resources to help with various projects and events. Dana’s friendly smile and willingness to help was noted throughout his life and his community. Richmond was a better place at the hands of his devoted work. Dana had a love for trains. He was a member of the Maine 3-Railers train club, holding officer positions until recently. Dana found joy in sharing intricate model train village designs with the public. He welcomed the community into his “train building” in his backyard to share his love and knowledge of locomotives. Dana also enjoyed participating in a ham radio club for many years, traveling all over New England with his wife and fellow club members. One of Dana’s favorite pastimes was camping throughout Maine and New Hampshire with family and friends every summer and taking in the surrounding tourist attractions. He was fond of shopping sprees with his wife and daughters, as well as regular outings with his wife and her sisters, when he would happily play chauffeur and quietly watch them enjoy time with one another. He loved Sunday dinners with his wife, children, and their families as a cherished tradition for many years. Dana married his high school sweetheart, Charlotte Hinkley Sullivan on June 28, 1958. Although he is noted as an active community member and a hard worker, he was happiest when he was spending time with his large family that he and Charlotte created. You would often find him as a silent observer, happy to sit back and watch as his children, grandchildren, and great-grandchildren gathered at their home. To Dana, this was his greatest accomplishment. Anyone who knew him would recognize his love for his wife and family above all else. Memorial services will be held at a later date.