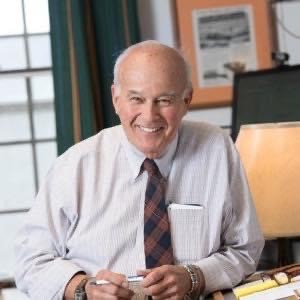 Richmond-Jon R. Doyle passed away at home, on January 30, 2021 as a result of declining health.

Aged 82, Jon was born in Augusta, Maine on February 9, 1938, son of the late Capt. Roger C. and Laura C. Doyle. After graduating from Winthrop High School, he entered the Marine Corps Reserve, which became a very influential part of his life.  Jon and graduated from Portland University with his Law degree in 1961 (now the University of Maine), while spending his summers working in heavy construction for H. E. Sargent, driving a dump truck and blasting on the dynamite crew.

Jon’s 60-year career in the practice of law reflected his love for the people of the State of Maine.  He could communicate with people from all walks of life. His practice started in the Maine Attorney General’s office in 1961. Before he left the AG’s Office, he became Deputy Attorney General and ultimately represented almost every department of State government, including the Legislature.  He then entered private practice at 99 Western Ave, in Augusta Maine.  His solo firm later evolved to a partnership, and ultimately resulted in the well-known law firm Doyle & Nelson.  He was a familiar face in the State House where he represented numerous state and national clients. Jon’s career brought out the best of him, and he continued to practice through the last year of his life.

Jon brought his zest, warmth, and humor to his family, friends and clients.  We were all the richer for it.  He was not perfect but he was the perfect life companion.

He loved people and always had a way of lighting up a room when he entered. He contributed time and resources to many organizations over his lifetime, including serving on the boards of Jobs for Maine Graduates, the Maine State Museum, the Family Violence Project, Chair of the KV United Way, and the Maine State Troopers Foundation.  He could be seen repairing bikes on the Trek Across Maine, supported cats at the PALS No-Kill Shelter, and provided flowers and funds for the Richmond Food Bank.  And he worked many hours of pro bono legal services for clients throughout the State of Maine.

Jon loved the sea, cruising and navigating much of the coast of Maine.  Thick fog only made him love it more.  He and Terry even received a Coast Guard commendation for night fog rescue off Isle au Haut.

Jon was not afraid to learn new skills in life.  He learned to ski when he was in his 50’s, becoming a regular at Sugarloaf.  He is remembered for his re-invention of the use of ski poles as battering rams to give himself space. It was always safest to ski behind Jon.

Jon is survived by and will be truly missed by his partner and best friend Terry Arford, sons Steven Doyle and Brendan Doyle, his stepson Sheldon Arford, and his grandchildren of Steve and his wife Roberta: Nathan Doyle, Hunter Doyle and Erica James; also two great-grandchildren, August and Aria. While Jon and his family would have preferred a celebration now, for safety reasons we will sadly miss this opportunity with his friends and loved ones until later this year when we can have a burial of his ashes at sea and a proper send-off and toast to a life well-lived.

Arrangements are under the care of Kincer Funeral Home 130 Pleasant St., Richmond, Me 04357