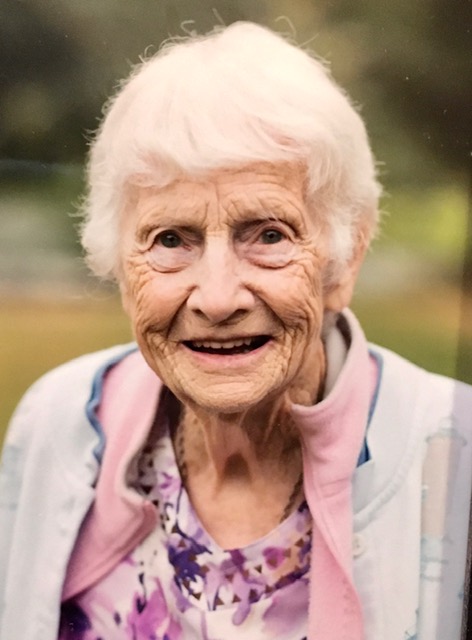 Litchfield-Fay Elizabeth Jacques Smith, passed away on July 20, 2020, after a full life of love and laughter at the age of 94.

She was born at home on Jacques Turkey Ranch in Manchester, Maine. She was predeceased by her parents Nancy Toothaker and Elzear “Jack” Jacques, her husband Richard Carroll Smith and son Danny D. Smith.

Fay loved being a mother, grandmother and a farmer. At a young age was she started her farming career by being named the “Maine Goose Girl”. After marrying Richard Smith, she continued to raise her family of three sons while managing a poultry farm. Her green thumb fed her relatives, friends and anyone in need. Fay was a renowned cake baker whose handmade roses adorned relatives’ birthday and wedding cakes. She was also known for her famous Jacques Turkey Pies and Teddy Bear Christmas Tree. During her younger years, she participated in many local organizations such as the Litchfield American Legion, Eastern Star, Litchfield Sr. Center, Maine Extension, Current Events Club, Litchfield Fair judging at the baby show and working in the Information Booth and Christ Episcopal Church. Fay was awarded the Spirit of America Award in 2012 for her volunteering services in Litchfield.  Her legacy was her giving spirit, humor and kindness which set an example to her friends and family.

Fay is survived by her son David A. Smith Sr. and his wife Carol, her son Clayton R. Smith, grandson David Smith Jr. and his wife Amanda, their children Haley, David III and Daisy, her granddaughter Shannon Fay Lerch and husband Jeff ,their children, Allison and Cadence, as well as, her very special nieces, Shirley Humphrey, Barbara Day and their families of Hartland, Maine. Fay’s family was the center of her life.