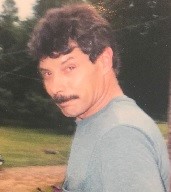 Carlos James Henry Mateyko was born March 28th, 1957 and passed early in the morning on March 15th, 2020 with family at his side. He was a dedicated son, father, and brother and will be missed by many.

James was born to Charles and Rachel (Raquel) Mateyko on the Tachikawa Airforce Base in Japan. He had a great sense of humor and touched many lives through his work and social activities, including those at the American Legion Post #132 in Richmond, ME. He served in the United States Marine Corp. from 1976 to 1980 and reenlisted in the Navy Reserves in 1992. He also served with the Bowdoinham Volunteer Fire Department in his younger years. He enjoyed many activities including; spending time with his children, bingo, NASCAR, and snowmobiling.