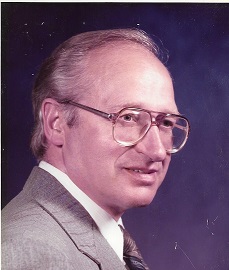 Ruel “Ed” Hamilton, 88, passed away at Russell Park Manor on November 12, 2020.  He was born in Chesterville, Maine, May 1, 1932, the son of Ruel A. and Shirley (Toothaker) Hamilton, and attended the local one-room school house near home on Zion’s Hill, until the family moved to West Farmington when he was 12.

He graduated from Farmington High School in 1950, where he developed a talent for music, excelling in piano and voice.  He was selected for the Maine All-State and the All Eastern-States Choruses.

Ed attended Farmington State Teacher’s College and graduated in 1954 with a BS in education.  While in college, he played in the school’s dance band, where he met Barbara D’Eon – they were married shortly after his graduation.

After college, he served as a specialist in the Army Combat Engineers from 1954-1957.  Upon completing his military service, he taught 5th grade in Auburn.  In 1962, he earned his Masters of Education at the University of Maine, Orono, and was principal of Marion T. Morse Elementary school in Lisbon Falls from 1961 to his retirement in 1984.

He was very involved in the early days of the Head Start program in 1965, speaking to educators and community leaders, promoting the program throughout Androscoggin County.

He was an avid outdoorsman, master of hunting, fly fishing, fly tying, and gunsmithing, he was the Maine State Small bore rifle champion in the 1960s, which qualified him to compete at the national match level.  He was a member of the Auburn Rifle Club and Pistol League for many years, and qualified for the Biggest Bucks in Maine in 1973.

Ed learned to use tools well as a boy, and if he wanted something, he usually built it rather than bought it.  In the late 1960s, he built a 6 inch reflecting telescope, and in 1976, he built a 20 ft. Carolina Dory he dubbed “The Skunk”.  Many enjoyable days were spent fishing in it, both on the ocean and in fresh water.

The family would like to express their gratitude and thanks to the staff of Russell Park Manor and Androscoggin Home Health and Hospice for all of their dedication and care.