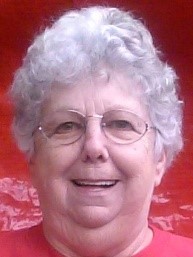 Pittston- Beverly Jean Martin, 81, of the Mast Rd. passed away Monday, October 23, 2017 at her residence, surrounded by family.

She was born on January 27, 1936 in Portland, Maine, the daughter of Frank and Ethel Sanville.

She graduated from Gardiner Area High School in 1954. Beverly worked many years for the National Bank of Gardiner. She also worked as a secretary for Maine Emergency Management in Augusta.

She was predeceased by her parents, sister Irene Sands and husband Charles and her brother-in-law Arthur McGee. Beverly is survived by her husband of 63 years Ernest Martin, Sr. of East Pittston, her sister Shirley Pinkham and Husband Carlton of Fayette; her sister Barbara McGee of West Gardiner; her daughter Brenda Moody and Husband Horace of East Pittston; her daughter, Debra Martin of Nokomis, Florida; her son Ernest Martin, Jr. and wife Sharon of East Pittston. As well as, several grandchildren, great grandchildren, nieces, nephews and cousins.

The family would like to extend very special thank you’s: to Pastor Gayle Holden for her care of Beverly & Ernest. To Dr.Christine Lu-Emerson at Maine Medical Partners for her attention and care of Beverly. To MaineGeneral Hospice for their excellent care of Beverly and support of her family.

At the family’s request there will be a private Committal Service and Queen Esther Memorial Service at a later date.

Arrangements are under the care of Kincer Funeral Home; 130 Pleasant St. Richmond, ME 04357.

In Beverly’s memory, donations may be made to the East Pittston United Methodist Church, 1083 East Pittston Road, Pittston, Maine 04345.