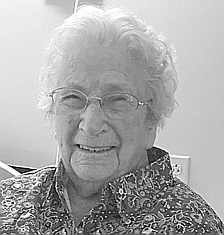 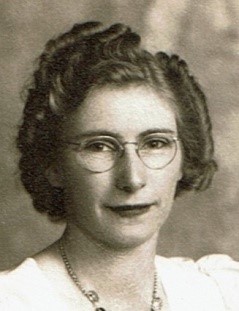 Helen, 104, returned to her Heavenly Father on, July 10, 2017.  She was born, October 8, 1912, in Litchfield, Maine, the only child of Edward and Elsie Libby.  Helen married Willard Charles Lane, April 20, 1934, in Litchfield.  Willard preceded her in death on August 18, 2001.
Helen graduated from Litchfield Academy in 1930 and Farmington Normal School in 1932.  She taught elementary school for 37 years.  She will be remembered for her service in the Grange, community, and in the Church of Jesus Christ of Latter-day Saints and winning the most Flinch games.
She is survived by three of her four children:  W. Carlton (Jeanine) Lane of Litchfield; Shirley (Walton) Summers of Willard, Utah, Sylvia (Nick) Morrill of Litchfield, 19 grandchildren, 48 great-grandchildren, 20 great great-grandchildren.   A son, George Edward Lane preceded her in death.
A memorial service will be held Saturday, July 15, 2017, at 1pm in the Winthrop Ward Chapel, 1182 Main Street, Monmouth, Maine.   Interment will be in the Litchfield Plaines Cemetery.