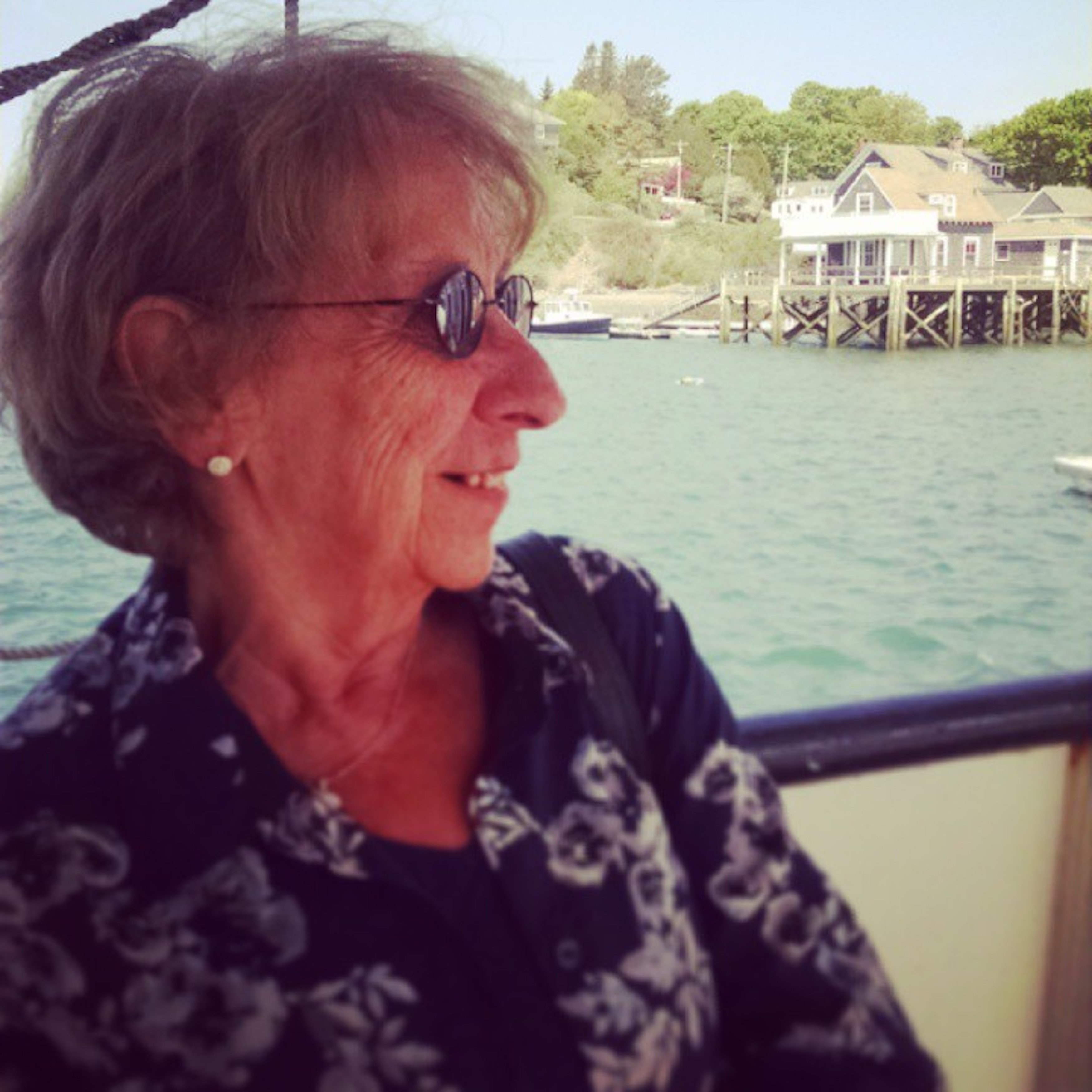 Linda Jones, age 68, of Richmond, Maine, passed away suddenly after a brief illness on Friday, June 16th.  Linda is survived by her sister, Loretta Moores, of Westbrook, nephew John Moores, his wife, Joelle, and two nieces, Elyse and Brynn Moores. She is also survived by her loving sister-in-law, Sandra Wiley, and brother-in-law, Roger Wiley, of South Casco, and chosen daughter, Helana Brigman of Vinalhaven.

Born May 31, 1949, in Augusta, Maine, to Alice and Armand Fortin, Linda spent much of her childhood hunting and fishing at camps with her family. She graduated from Cony High School in 1967 where she performed as a Majorette Leader for the Cony Majorette Team. After graduating, Linda earned her degree in X-Ray Technology in 1971 from the Maine Institute of Continuing Medical Education, becoming an X-Ray Technician and one of only a few women to work in the field of Nuclear Medicine at this time.

During her thirty-five-year career in medicine, Linda worked as a Nuclear Tech for Pen Bay Hospital, the Veterans Administration (V.A.) at Togus, Millinocket Regional Hospital, and Mid Coast Hospital in Brunswick. Linda became part of Mid Coast’s Cardiology team in 2005 where she worked until her passing.

At home and at work, Linda’s sense of humor brightened the lives of others, and she will forever be remembered for her generous heart and adventurous spirit. Linda’s cooking skills were famous amongst family and friends, and she was honored with a national book dedication in 2013 (The Fresh Table, LSU Press) and a reprinting of one of her famous recipes.

A memorial service for Linda Jones will be held on July 15, 2017 at 11:00 a.m. at the Kincer Funeral Home in Richmond, Maine. Friends, family, and those who were impacted by Linda’s wonderful presence are invited to attend.