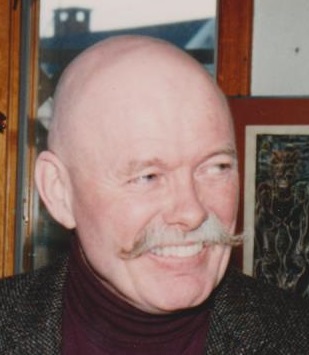 Bowdoinham – Mark M Robinson Jr., 84, passed away on March 29, 2017. He was born in Brockton, MA, a son of the late Mark and Marian (Hildreth) Robinson Sr. Mark attended Northeastern University earning a Bachelor of Science in Industrial Engineering in 1955.

He worked at both the Quincy and Sparrows Point Shipyards. During these years he continued his father’s passion for car racing, driving his Austin-Healey Bugeye Sprite. He competed at Seneca Falls, Lime Rock, on the ice of the New Meadows River and other venues, often bringing home trophies.

Mark moved to Provincetown MA in the early sixties where he spent the majority of his adult life. In addition to building a successful plumbing business he served on the Fire Department for 20 years, served as a Water Commissioner, and was especially proud of being one of the founders of the Rescue Squad where he served as a paramedic. He moved to Maine in 2000, continuing work as a plumber and enjoying a quieter life.

Mark was predeceased by his parents and his brothers Elliot of Carrolton,Texas and Paul of Norwell, Massachusetts.