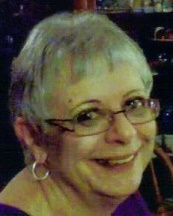 TOPSHAM – Nannette A. Oburn, 67, of Topsham died on Tuesday, December 27, 2016 in Brunswick.  She was born January 5, 1949 in Brunswick, the daughter of Isidore and Valentine (Ouellette) St. Pierre.

She worked for the Times Record for 15 years as a compositor before going to work for L.L. Bean for 12 years.  She very much liked being employed there, starting out in the catalog department assembling pages and then working in e-commerce.  She later worked for Acosta as a vendor for 5 years until her retirement in 2013.  Nannette found great enjoyment in retirement and being able to make her own schedule.

Nannette was most happy being involved with her children.  She also liked visiting with friends, playing board games and cards, and could play online jigsaw puzzles for hours.  She always looked forward to spaghetti dinner night on Wednesdays at her friend’s home.

She was predeceased by her parents.

She is survived by her husband, Ronald, of Topsham; sons, Derek and Kevin; brother, David St. Pierre of Topsham; sister-in-law, Penny Oburn of Dayton, OH; niece, Nicole Niven of Harpswell; and many cousins.

A Funeral Mass will take place on Thursday, January 12, 2016 at 11 a.m. at St. John the Baptist Church on Pleasant Street in Brunswick with a reception to follow.  Burial will take place in Ohio in the spring.