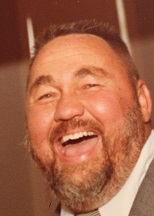 Richmond-John “Jack” Francis Baker, formerly of Point Pleasant Beach, New Jersey, passed away on November 9th at his home in Richmond, Maine. He was 85 years old. Jack is survived by his wife, Kathleen Baker; his son John Jeffrey Baker and his wife Virginia, of Point Pleasant Beach, New Jersey; and his three daughters, Kim Papalia and her husband Anthony, of Brielle, New Jersey; Holly Gross and her husband Peter, of Brunswick, Maine; and Alisa Coffin and her husband Wesley, of Bailey Island, Maine. Jack was predeceased by his first wife Virginia Hartman Baker. He is also survived by 9 grandchildren.
Jack was the son of a fisherman and started working with his dad on fishing boats when he was 14 years old. As a young man, he would fish during the day and at night serve his catch at the four tables on the side of the family home on Channel Drive in Point Pleasant Beach. After a stint in the Army as a cook, that early familiarity with seafood ultimately led to his first restaurant “The Lobster Shanty” and he spent most of his life in the restaurant business.
Jack never lost his love of the water and boating and was often accompanied by his beloved dogs. He was a fervent fan of the New York Giants and later, the New England Patriots. He enjoyed telling stories, and he loved to laugh. He will be missed.
A memorial service will be held at the Pable Evertz Funeral Home, 901 Beaver Dam Road, Point Pleasant, New Jersey at 12 noon on Saturday, November 19th, 2016. In lieu of flowers, donations may be sent to the Multiple Sclerosis Society at 74 Gray Rd., Falmouth, Maine 04105
Arrangements are under the care of Kincer Funeral Home 130 Pleasant St. Richmond, Me 04357