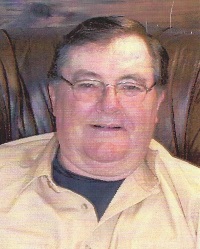 RICHMOND – Alan B. Dodge, 74, of Richmond, passed away Friday evening July 29, 2016 at the VA Hospital in Togus with his loving wife and family by his side.  He was born October 13, 1941 in Bath, ME the son of the late Elmer and Ruth (Gallagher) Dodge.  He grew up in Bowdoinham, ME and attended local schools there.  He was a graduate of Brunswick High School, class of 1959.  After high school he attended Nasson College in Springvale, ME where he received his BA in English.  In 1963 he enlisted in the Army and was an Officers Record Clerk.   He received the Good Conduct Medal and the National Defense Service Medal.

Al worked for over 20 years as a store Manager for Sears, Roebuck & Co. until 1986 when he returned to Maine.  After his return he was a Real Estate Broker for Lord Real Estate and Century 21 Baribeau Agency in Brunswick, ME.  He also had a lobster boat and enjoyed lobstering near his home in East Boothbay.

Al was a member of the Elks and he loved reading, skeet & trap shoots, and boating.  He was an avid hunter.  He especially loved the first day of deer and duck hunting, smelt fishing and bird watching.

Al was predeceased by his father and mother, and a sister, Judith Dodge.  He also felt a great loss of his 2 best friends Gerard “Buster” Desmarais and Rodney Dorr.

He is survived by his wife Patricia Morin (Belanger) Dodge of Richmond; his three children, Andrew Dodge and his wife Lee Anne of Dresden, Ruth Dodge and her husband Kevin Nadeau of Durham, and Kathryn Dodge of Topsham; two step children, Paul Belanger and his wife Dee of Keene, NH, and Kimberly Belanger of West Unity, NH.  He also leaves behind a sister, Helen Brawn of Bowdoinham, and niece, a nephew, 8 grandchildren, 2 step grandchildren, and a great granddaughter.

His family is respecting his wishes that there be no calling hours or public services.  He wanted to be remembered as he had last been seen by those who cared for him while he was alive.

Those wishing, in lieu of flowers may make a charitable contribution in his memory to the Isaac F. Umberhine Public Library, 86 Main Street, Richmond, ME 04357, or the Curtis Memorial Library, 23 Pleasant Street, Brunswick, ME 04011.