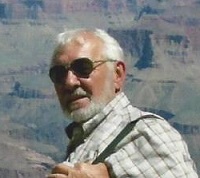 RICHMOND - on Friday July 22, 2016, Gary T Murphy Sr. died unexpectedly at his home. Born the oldest of nine on June 13, 1942, in Gardiner, Maine, the son of Lucienne and Thomas Murphy. Gary attended Gardiner area schools until entering the US Army in May 1960. After completing basic training he returned home to marry his long time sweetheart Janis L. Pinkham... A marriage that held true until his death 56 years later.
After completing his time in the Army, Gary and Janis returned home to West Gardiner, Maine with their newborn son Gary Jr. in December 1964.
In the early 1970's Gary started Quality Builders Construction Co. with his brother-in-law Jake Russell. They built over 50 homes and various garages, decks, and sheds; some for family.
In the early 1980s Gary started trucking cross country, later to be joined by four of his brothers with trucks of their own.
Gary and Janis moved to Richmond in May 1984 where he worked for the Richmond school department and then the Richmond Public Works until his retirement in 2012. During his retirement, Gary and Janis made several trips to Florida, Oklahoma, and traveling around the country with old friends.
Gary had no particular hobby; he did it all. He enjoyed time with family and friends, always willing to help or lend a hand in any way.
Gary was predeceased by his mother, Lucienne, father, Thomas, mother and father-in-law Alton and Thelma, sister, Sue, brother, Randy, brother-in-laws Marvin, Warren and Dennis, nephews, Aaron Turner, Jonathan Barber, and Mike Batey, and niece, Stacy Stevens.
Gary is survived by his wife of 56 years, Janis; his son, Gary Jr; grandchildren, Gage and Morgan Murphy; brothers Rodney and wife Marion, and Danny; sisters Donna and husband Gene, Gail and husband Don, Judy and partner Annette, and brother Bobby and wife Brenda; sister-in-laws, Geraldine and husband Jake, Debbie and husband Jim, and Susan; brother-in-law, Riley; and several nieces and nephews.  He is also survived by special friends Walt and Jo Hamlin, Marge and Fred Imondi, and Vincent Howard.
A time of visitation will be held on Saturday, July 30, 2016 from 9 to 11 a.m. at Kincer Funeral Home with a Memorial service to follow at 11 a.m.  A graveside service will take place at the Richmond Cemetery afterward.  There will be a gathering at the Richmond Grange at 1 p.m. Anyone who knew Gary is welcome to attend and share their memories.
In lieu of flowers, donations may be made in memory of Gary to the Veterans Administration in Togus, VA Maine Healthcare System Voluntary Service, 1 VA Center, Augusta, ME 04330.  Checks may be made out to VAVS.
The family would like to thank everyone for their support during this time.
back to top