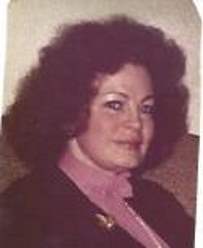 She graduated from Hallowell High School as Valedictorian of the class of 1954 and from Bates College in Lewiston in 1958, majoring in languages. She completed graduate studies in French and Spanish at the University of Maine, Orono.

Mrs. Roy was employed as a language teacher at Kents Hill High School and Hall-Dale High School for 30 years.

She was married to Paul G. Roy of Hallowell on March 21, 1959. She is survived by her husband; a daughter Jennifer Roy Brown of Monmouth; a granddaughter Heather Brown of Richmond; a brother Neil J. Tobey of Richmond; nieces Julie Barrows of Farmingdale, and Terry Tobey of New Hampshire; brothers in law and their wives, Ronald and Michelle Blake of Gardiner, Carol and Donna Blake of Hallowell; a sister in law, Lucille Beaulieu of Augusta; and several nieces, nephews, and cousins.

There will be no funeral service or visiting hours as she requested. Because of her great love of cats, those desiring to make a memorial contribution may do so to the Kennebec Valley Humane Society, 10 Pethaven Lane, Augusta, ME 04330, or to their favorite charity.

Her ashes will be placed at the Maine Veterans Memorial Cemetery in Augusta.