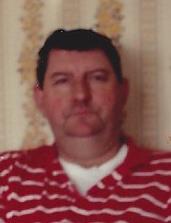 He liked going for rides, eating at Fat Boys, scratching lottery tickets, and most of all, watching movies.

Gary is predeceased by his parents, Amanda and Raymond Fogg.

He is survived by his sisters, Gail Wright of Wiscasset, and Kathy Rose of Litchfield; two aunts, Marion Carter of Topsham, and Anna Baumgardner of Minnesota; and many nieces, nephews, and cousins.

The family would like to extend a special Thank You to everyone who helped in caring for Gary.  Per Mr. Fogg’s request there will be no services held at this time.