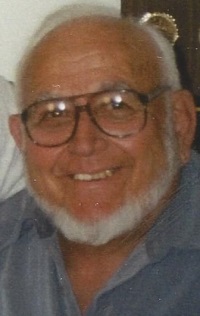 James W. Read, 84 formally of Bowdoinham passed peacefully Saturday Feb. 15, 2014 at the Maine Veterans Home in Augusta with family by his side.

He was the son of Walter F. Read and Hattie M. Temple Read. James was born on June 4, 1929 in Bowdoinham where he lived all his life.  He served his country in the Army stationed in Iceland during the Korean Conflict. James married his devoted wife Helen Gray on June 3, 1951. They were married 63 years. Jim worked for many years at Main Street Garage in Bowdoinham and Dodge Chevrolet in Bath. He then opened his own business Reads Auto & Towing on the Fisher road in Bowdoinham which he operated until his retirement. He was a member of the Church of the Nazarene in Richmond, The American Legion Post #132 Richmond, Topsham Fair Association and Merrymeeting Grange for 70 years holding master as well as other officer positions. He also was a member of the Knights of Pythias, Jaycees, Bowdoinham volunteer fire dept. historical society, Chair of the Bowdoinham BBQ committee, and president of the PTC Jim started and coached the Bowdoinham Little League and Babe Ruth. Jim enjoyed his family, friends and meeting people, he also enjoyed going to flea markets, yard sales and for rides with his wife. He was always willing to help anyone who needed it. He especially enjoyed morning coffee with friends at the Town Landing in Bowdoinham.  Jim was predeceased by his parents, his sisters Helen Coskery, Frances Benner, Margaret Allen his brother John Read, and a grandson Jason Belanger. He is survived by his wife Helen, son and daughter-in-law Reginald and Gail Read of Phippsburg, daughter Jamie Read of Florida, daughter Linda England and partner Doug Smith of North Carolina, and son Jay Read of Delaware, also 8 grandchildren, 8 great-grandchildren, 4 sister-in- laws and several nieces and nephews.  The family wishes to express their deep gratitude for the wonderful care of the staff at the Maine Veterans Home in Augusta. There will be a service and celebration of life in the spring. If you wish donations in his memory may be made to the Church of the Nazarene 91 Alexander Reed Rd Richmond, Me 04357 or the Merrymeeting Grange 176 Main Rd Phippsburg, Me 04562