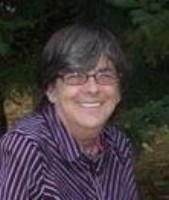 She was born in Bath on May 1, 1954 the daughter of Francis (Babine) Doughty and Elmer C. Doughty Sr.

Gail was a member of the American Legion Bath.  She enjoyed dancing, music, bingo, yard sales, reading and doing for others.

Gail through her career worked at the Yankee Clipper, Waitressing, Bartending and the Courier Newspaper

She was predeceased by her father Elmer C. Doughty Sr. and many aunts and uncles.  Gail is survived by her mother Fances Doughty, daughters Victoria and Alice, sons Micheal and Shawn, 7 grandchildren , multiple honorary children and grandchildren, 6 brothers and sisters, best fiend Patty Hay, multiple nieces and nephews.

A celebration of life will take place on Thursday, March 20th at the Bath American Legion from 1-4.