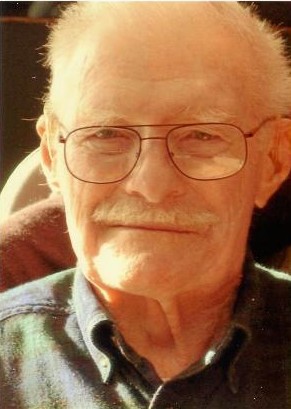 He was born March 12th, 1921 in Bath, N.B. the son of William Smith of Florenceville, N.B., Canada, and Dorothy Pitt of Eastbourne, England.  The family moved to Howland, Maine where he attended school.  As a young man he worked in the woods summers and a winters lumbering at Mount Katahdin.  He was employed by the Eastland Hotel, Hunnewell Trucking and the Canal Bank before WWII.

During the war he was recruited by an agency that was responsible for the national security.   In this work he became involved in undercover work and Merchant Marine security efforts.  A torpedo hit a ship he was on in the North Atlantic and only four men survived.

The agency later became a model for the CIA.  He did not speak of this until he read the book “A Man Called Intrepid” was published. This freed him to talk.

In 1947 he returned to the Canal Bank to help open the Consumer Loan Department.  He later was employed by G.M.A.C and eventually became an officer in the Casco Bank.

He was a graduate of Kent’s Hill High School, Gorham State Teachers College, Boston University, and earned advanced degrees at the University of Maine.  He also did work at Duke, Farmington, University of New Hampshire, University of the South and Harvard.

He was an ordained Methodist Minister who served Methodist and/or Congregational churches in Pownal, Gray, South Portland, Lisbon and Scarborough.  His first assignment was to close to the North Pownal Methodist Church.  Instead, he revived it and it is still going today.

After retirement from the churches he became a teacher, principle and Superintendent of Schools.  He retired in 1979 and devoted much of his time to travel, writing and woodworking.  He was an outdoorsman and loved anything with “wheels or wings”.  He earned his pilot’s license and enjoyed flying his airplane, riding motorcycles and boating.  He lost his leg in a motorcycle accident in 1991, recovered and continued an active life.

A lifelong learner he continued to grow reading constantly, taking computer courses, trumpet lessons, and carving among other things.

He was made a Mason at Acacia Lodge in Durham, Maine in 1955 and continued to the 32nd degree.  He was a Scottish Rite Mason, a member of the Consistory at the Masonic Temple in Portland, and a Shriner at Kora Temple in Lewiston.  He served as historian for his home lodge, Village Lodge in Bowdoinham.  At the time of his death he was Grand Chaplin Emeritus for the Grand Lodge of Maine.d to grow reading constantly, taking computer courses, trumpet lessons and carving among other things.

A special thank you to the McCarthy and Ross families, and many others, for all their care and kindness.

Calling hours will be held at Kincer Funeral Home, 130 Pleasant St. Richmond Maine on Friday, Jan. 31st , 2014 from 2-4 and 6-8pm. The funeral service will be held at 11am on Saturday, Feb. 1st. 2014 at the Lisbon United Methodist Church, 16 School St. Lisbon Falls, Maine and will be followed immediately by a Masonic service. In Lieu of flowers please send a donation to the Ronald W. Smith Masonic Scholarship C/O Village Lodge #26, PO Box 265 Bowdoinham, ME 04008.