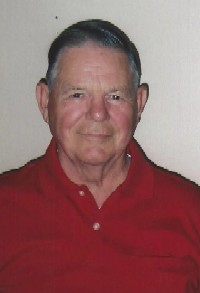 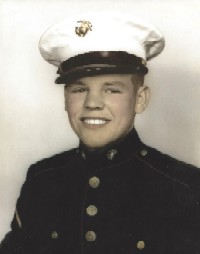 He was born on October 29, 1930, in Augusta, Maine, the son of the late Daniel Larrabee and Mary Niles Larrabee Gilbert. He attended the Augusta School system and in 1950 he married the late Frances Margret Morgan and together they had five children and 49 years of marriage. In 1950 Fred joined the Marines and served as a Sergeant in the Korean War.. After his honorable discharge from the Marines, Fred and his wife Frances worked for a local veterinarian before he trained as a meat cutter for Sampson's supermarket in Greene, Maine. Finding his niche in meat cutting, he soon became the meat manager and eventually the store manager of Sampson's on Bangor Street in Augusta.  In 1960 Fred then became the proprietor of Augusta Meat & Seafood on North Belfast Avenue. In the mid 1970's he also became the proprietor of Stone &. Son's Smoke House on Haskell Street and in 1976 sold Augusta Meat & Seafood which is now known as the Augusta Seafood. In 1989 he went into a partnership and was the owner of the Fido's Meat Market and the Sandollar Restaurant in Hallowell, Maine. In 1992 he sold his half of the partnership and retired for the second time.  Retirement of course did not suit him so he took a position working for West Gardiner Beef and remained working until the age of 80.

He enjoyed watching the Red Sox, Judge Judy; westerns on TV, playing cribbage and boat rides on Cobbossee.  His favorite time was breakfast at the Hi Hat or Denys every Sunday with his best friend, Jay Sharp and he also enjoyed his visits from Lore Ford.  Throughout his life he-was a character of infamous proportions and lived it answering to no one which leaves his family and friends with stories that will last our lifetimes.

Fred was predeceased by his parents and also his stepfather, Armand Gilbert, two brothers, Daniel and David Larrabee, his brother-in-law, Harry Everett, a special cousin, Paul Larrabee and in 1998 his wife, Frances.

The family wishes to thank the entire team at Hospice with special thanks to Karen Gallant and Barbara Damren for their love and care they provided to our Dad. Their hard work and dedication allowed him to be as comfortable as possible and enabled him to stay in his own home. We would also like to thank Dr. Cheng and his entire office staff for their dedication to his care, affection and understanding extended to him and to each of us. 'The family also wishes to thank Brandy DesRosier for her love, care and support and to our brother Brent for his total dedication to caring for him in his last few months.

In lieu of flowers, memorial donations in Fred's name can be sent to benefit Hospice to Maine General, 10 Water Street, Hathaway Building, Suite 307, Waterville, Maine 04901. A formal military service will follow in May at the VeteransMemorialCemetery on Civic Center Drive and will be announced at a later date.