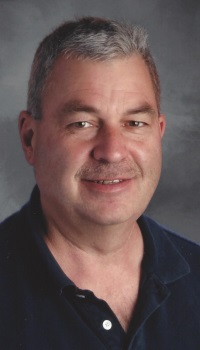 Roger was born in Gardiner, on November 7, 1954. He was the first of five children to Leo and Janet (Moeller) Trott of Richmond. Raised in Richmond, Roger enjoyed playing baseball, soccer, and basketball. In high school, Roger was selected to attend Boys State. He also enjoyed playing the guitar and singing.

Roger graduated from Richmond High School in 1973. He went on to earn an undergraduate degree from the University of Maine at Farmington. He later earned his Master’s degree in Special Education from the University of Southern Maine.  He taught for 31 years for the MSAD 11 district. He had worked at several of the district’s schools, but had currently been a special education teacher at the Pittston Consolidated School. Roger loved being a teacher and loved being able to make a difference in the lives of the children he taught. For the past 10 years, Roger also worked part-time in the Tool Rental at the Topsham Home Depot. He enjoyed working with the public and enjoyed going to work there.

Roger was a devoted husband, beloved father, and newly grandfather. Roger enjoyed going for runs on the bike path, working on his house with his son, listening to music, performing in plays, swimming in the pool, listening to the Howie Carr Show, and watching the Red Sox. Roger especially loved spending time with his family and their two dogs, Rosie and Isabelle. Both the dogs looked forward to him coming home and would get excited when they heard his car pull into the driveway. They will dearly miss him. Those who knew Roger got to experience his dry sense of humor, his generosity, and his dedication. He will be deeply missed!

Family and friends are invited to call on Saturday, December 27th from 11 to 1pm, with funeral commencing at 1pm at the funeral home. Burial will take place in the spring.

In lieu of flowers, the family has asked to donate to the Coastal Humane Society, 190 Pleasant Street, Brunswick, Maine 04011, Special Olympics of Maine, 125 John Roberts Road, South Portland, ME 04106, and/or the Independence Association, 184 Water Street, Hallowell, ME 04347.