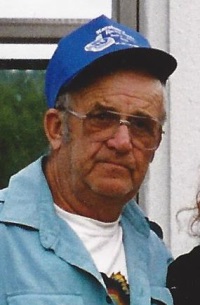 He was born on May 14, 1930 the son of Mason and Carmaline Marshall.  Roger was born in Bowdoin and raised on the family farm in Bowdoin. .  He graduated from Brunswick High School in 1948.

Roger proudly served his country in the United States Army during the Korean War and married Janet Yates in 1951, while home on leave. He later worked as a construction foreman for Harry Crooker and Son’s for 40 years.

He enjoyed going to camp, hunting and especially time spent with family and grandchildren.

A graveside service will take place on Monday, Sept. 22nd at 2pm at Forest Hill Cemetery in Dresden.

In Rogers's memory donations may be made to CHANS Hospice 60 Baribeau Dr. Brunswick, Me 04011.