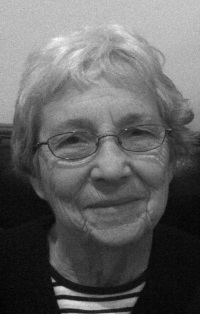 Jane was born in Brunswick, Maine on December 20, 1930 the daughter of Alcide Bourgoin and Beatrice Bourgoin Ames and Horace Ames. She went to Brunswick schools before graduating from North Yarmouth Academy in 1948. For over 40 years she made her home on Cousin's Island where she enjoyed sitting in the backyard enjoying island life.  Jane’s career began in the late 1960’s working for the Yarmouth School Department. In 1971, Jane was hired as the Executive Secretary to then Portland City Manager John Menario. On April 29, 1978 Jane was appointed City Clerk for the City of Portland. Jane was the first woman appointed as City Clerk of Portland and in addition holds the distinction of being the first woman department head for the City and the first woman admitted as a member of the Portland Kiwanis Club. In 1982, Jane was certified as a Municipal Clerk by the International Institute of Municipal Clerks and served on its Board of Directors from 1984 to 1986 and served as the President of the New England City and Town Clerks' Association from 1988-1989 and served two terms on the Association's Executive Board of Directors. Over the years, Jane took an active role in working with several City and Town Clerks throughout Maine regarding the passage of legislation concerning the election process and registration of vital statistics. Jane retired on February 28, 1992.  In 2006, Jane moved to Bowdoinham, Maine to be closer to her daughter, Kathy and her family.

In addition to her distinctive service to the City of Portland, Jane enjoyed spending time with her family and designing and hooking traditional hooked rugs. She had a tremendous heart and love for all those close to her.

Jane is predeceased by her son, Reginald Lee Durgin and her partner of over 25 years, Robert C. Hall.  She is survived by her daughter Susan Fanning and her partner Jerry Magdalenski of Westport Island, son Bruce Durgin and his wife Lisa Durgin of Sparks, NV, and her daughter Kathy Durgin-Leighton and her husband Richard Leighton of Bowdoinham. In addition, she is survived by grandchildren Joshua Fisher and his wife Stephanie of Virginia Beach, VA, Whitney Leighton and her husband Matt Rogers of Burlington, VT, Sarah Leighton and her partner Ryan LaRachelle, of Sherborn, MA, Patrick and Christopher Durgin of Sparks, NV, and great granddaughter Gracie Fisher of Virginia Beach, VA.  A private family graveside service will follow.

Memorial contributions may be made to Coastal Humane Society, 30 Range Road, Brunswick, Maine 04011