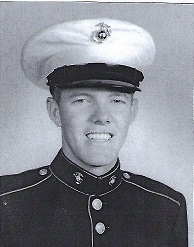 Litchfield-Carl Edward Slattery, 89, of Litchfield, passed away in his home on
September 11, 2020, surrounded by his devoted family.

Carl was born on December 8, 1930 at home in Wales to Edward and Winifred
(Maxwell) Slattery.

On March 28, 1952 Carl married the love of his life, Florence Berry,
daughter of Clarence Berry and Gwenola (McGee) Berry of Litchfield, on
whose farm he worked before entering the US Marine Corps in 1950.  Carl
served his country for three years, including active duty in Korea.  He was
honorably discharged in 1953 after being promoted to sergeant whereupon he
returned to farming with his wife for the next thirty years.

During his free time (which is a joke only farmers will get) Carl was a
member of the William R Bold Legion Post, on the Board of Directors of the
Litchfield Farmer’s Club, as well as an active member of the Litchfield
Snowmobile and Sportsmen’s Clubs.

When they retired, Carl and Flo enjoyed motorcycling and RVing around the
country.  Carl loved to bowl, throw shoes, and watch as many sporting
events as possible, occasionally at the same time.

He leaves behind his devoted wife of 68 years, his son Bruce and wife
Patricia Slattery, his daughter Bethany Slattery-Mortimer, and several
adoring grandchildren and great grandchildren, who all called him “Bumpa”.
He is also survived by his brother Orman, nieces, nephews, and cousins.
His family carries all the memories of a full life spent together.  They
will remember his work ethic, humor, and inconceivably loud sneezes.

There will be a graveside service at the Plains Cemetery in Litchfield on
Thursday, September 17th at 1:30 p.m. Attendees are asked to follow CDC
guidelines regarding outdoor gatherings.

Memories and kind words can be left at
kincerfuneralhome.com