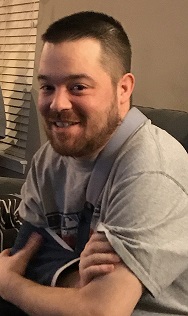 He was born on April 18, 1984 in Augusta the son of Gerard "Red" and Kim Therrien.  Gerry attended local Maranacook High Schools.

He worked for BP Lubricants, Oceaneering MARS International and Waco Aluminum as a health and safety officer.

A Mass of Christian Burial will take place on Saturday, September 8th at noon at St. Francis Xavier Catholic Church 130 Route 133 in Winthrop.  Burial will follow at the Evergreen Cemetery in Wayne. A gathering will take place at the families home in Wayne following the burial.

In Gerry's memory donations may be made to the Shriners Hospital for Children 51 Blossom St. Boston , MA 02114