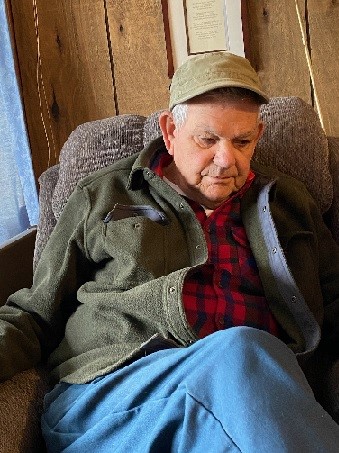 When he was younger, Gene worked as a worm digger and cutting wood until he started working at Bath Iron Works.  Within a couple of years, he was drafted into the US Army, where he fought in the Korean War.  After the Army he went back to B.I.W. and worked there until his retirement at age 63.

Gene was a member the Snowmobile Club, American Legion, and attended the Richmond Nazarene Church for many years.  He enjoyed duck hunting, fishing, and snowmobiling up to camp.  Gene had a big personality that caused people to be drawn to him for his friendliness and sense of humor.

The family would like to thank the wonderful staff at Coastal Shores for the care and love that they showed to Gene.

There will be a memorial service for Gene at Kincer Funeral Home, 130 Pleasant St in Richmond on Sunday, April 24 at 2pm.  There will be a gathering after the service at the Richmond Nazarene Church on the Alexander Reed Rd.