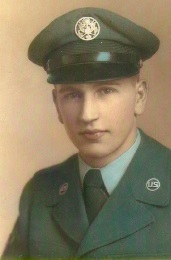 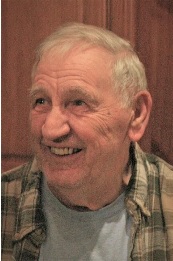 Howard Marvin Kenney of Woolwich, ME passed away peacefully on May 9, 2020 at his home surrounded by his loving family at the age of 87 years.

Howard was born on June 5, 1932 in Litchfield, ME to Clifton C & Hazel B (Seddon) Kenney. He was the one of ten children. He was pre-deceased by his beloved wife of 62 years Gloria A (Cray) Kenney, siblings: Ronald C Kenney, Warren A Kenney & his wives Joanne M and Alice M, Russell A Kenney & his wife Barbara M, Elwin O Kenney and his sister Roxene L Knight and brother in law John T Daly. Surviving siblings are Fred M Kenney & his wife Penny G, Jean Daly, Gerald A Kenney & his wife Vickie J, and Marjorie R Perry & her husband Gary R (Mike). He also enjoyed all of his nephews, nieces and their families.

Howard worked as a woodcutter in his youth with his father and brothers. He served in the US Air Force 20 years and retired as a Tech Sergeant. He then worked for the State of Maine Bureau of Aeronautics as a heavy equipment operator at the Augusta Airport where he retired after 23 years. He also supported his family business, Kenney’s Country Store for over 20 years.

Howard was a quiet person, except for the one-liners he would toss out when you thought he wasn’t paying any attention to the conversation. He loved his family, long drives, desserts, mowing his acres of lawn with a push mower, pulling … horses at the Litchfield & Fryeburg Fairs and the arm of a slot machine on their yearly bus trip to Connecticut. If he wasn’t puttering outside painting everything forest green you would find him watching an old western and doing jigsaw puzzles. He loved a good joke and had the most wonderful smile to go with his sense of humor. He was a man of integrity and strength. He supported his fellow veterans and was a 34-year member of the Emerson Lane Post in Richmond.

There will be no formal service. He will be laid to rest at Forest Hill Cemetery in Dresden, ME.

The Kenney family would like to thank the wonderful staff at the Togus VA Hospital, Togus Home Base Primary Care and Chans Hospice for their kindness and great care.