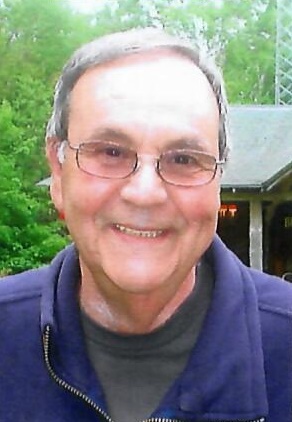 Brunswick - Charles E. Guptill, of Brunswick, passed away on Monday March 16,2020 at Mid-Coast Hospital with his beloved wife Michelle by his side.

Charlie was born in 1945 in Brunswick to parents Roy and Charlotte Guptill. He attended local schools and played varsity hockey and tennis for Brunswick High School. After graduating from College in Nebraska, Charlie returned to Maine and worked for a time as an arborist for a tree company.

While his future wife, Michelle was studying Art History and Architecture in Boston, her friend Joni came to stay with her for the weekend. She asked Michelle if she would be willing to go on a "blind date" with a guy named Charlie from Brunswick. They would be double dating with Joni and her boyfriend at the time. The fact that Charlie was 5 ½ years older than Michelle intrigued her and she agreed.

Michelle still remembers the first time she saw Charlie. He was tan from working outdoors, he wore jeans, a button-down collar shirt, a navy-blue sport jacket with gold buttons, loafers worn without socks and Ray Ban Sunglasses. She also noticed he had dimples. They went out that evening and also the next day. After that first date Charlie would often call Michelle and when he would be done with work, he would drive to Boston 2-3 times a week if just to spend one or two hours with her and then drive back to Maine that same evening. The two of them soon became inseparable and eventually married and settled in Brunswick where they raised their 3 children.

Growing up Charlie learned to love and respect nature and the outdoors from his father, Roy. They were very close and often went fishing, bird hunting, hiking, duck hunting, boating, skiing and snowshoeing together. His father was a wonderful role model for Charlie.

Charlie was very athletic and the whole family spent many happy times at their camp in Kingfield, only minutes away from Sugarloaf Mountain, where they skied most of the winter. Charlie and his family also loved boating. Their boat, the JES-SEA was named after their oldest daughter, Jessica.

With their boat they enjoyed cruising Casco Bay, having picnics on Eagle Island, trips to Boothbay, Portland, Chebeague Island and Sebago Lake. On the 4th of July they would often go by boat and anchor just off of Portland and watch the fireworks. There was always some sort of adventure taking place.

Charlie worked for many years as an oil broker and territory manager for various distributors in Maine and Massachusetts. He always took very good care of his customers and formed many lasting friendships throughout the years.

One of the many memories that Charlie leaves is the wonderful times he spent with his son, Ryan, son-in-law, Shaun and his two oldest grandsons, Andrew and Sam, taking them to Bradford Camps in the deep North Woods of Maine. For many summers they would spend a week there, fly fishing, hiking and just spending quality time together without the interruption of cell phones, computers, tv, radios or newspapers. Stunningly beautiful and pristine, Bradford Camps was 50 miles from the nearest town and accessible only by float plane or having to ride many miles on logging roads. They all looked forward to these special times together.

Charlie is survived by his wife, Michelle, the love of his life for 50 years. His son, Ryan C. Guptill of Brunswick, daughter, Jessica Ralston and her husband Shaun of Bow New Hampshire. Grandsons, Andrew and Samuel Ralston of Bow New Hampshire, daughter Kathryn Daub and her husband Jordan of Summit New Jersey.  Grandson James Daub of Summit New Jersey and another grandson expected in early July. Charlie was very proud of his family and they all brought him great joy.

As per Charlie's wishes there will be no funeral. A private family celebration of his life will be held this summer.  Arrangements are by the Kincer Funeral Home / Funeral Alternatives.  Our family would like to thank them for their very kind, compassionate and caring attention to detail.

Life is But a Dream by Lewis Carroll.

A boat beneath a sunny sky,
Lingering onward dreamily
In an evening in July
Children three that nestle near,
Eager eye and willing ear,
Pleased a simple tale to hear
Long has paled that sunny sky
Echoes fade and memories die
Autumn frosts have slain July
Still he haunts me, phantomwise,
Moving under cloudy skies
Never seen by waking eyes
Children yet the tale to hear
Eager eye and willing ear,
Lovingly shall nestle near,
In a Wonderland they lie,
Dreaming as the days go by
Dreaming as the summers die,
Ever drifting down the stream,
Lingering in a golden gleam,
Life, what is it but a dream?