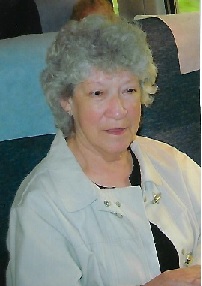 Joanne was born on October 25, 1938, in Bangor, the daughter of Donald J. and Lucy E. (Gray) Sproul. Joanne grew up in the Bangor area where she attended John Bapst High School.

Joanne worked at Emple’s Knitting Mill in Brewer until it’s closing. Joanne then went on to college where she earned a degree in nursing, specializing in phlebotomy.   At that point, Joanne secured her most rewarding job as a phlebotomist for the Red Cross; working blood drives all over Maine. In later years Joanne worked at Joanne’s Fabric, in Topsham, where she won her first of many “Golden Scissors Awards” for being an outstanding employee in her first month.

Over the years Joanne enjoyed candlepin bowling and was on several teams, she also enjoyed sewing, quilting, and spending time with her family and many friends. Joanne especially enjoyed reminiscing of growing up out on “the Avenue” with her loving family and close cousins.

Per Joanne’s wishes, there will be no public service.