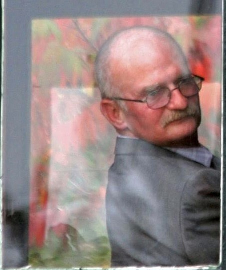 Wallace “Wally” Richard Hall Jr, 62, of Windsor, ME, passed away peacefully on Wednesday, December 4, 2019 at Maine Medical Center. He was born March 15, 1957 to Wallace and Kathleen Hall. Wally was one of 12 children. He attended East Hampton High and went on to serve in the United States Marine Corps. In 1980 Wally moved from Connecticut to Windsor, ME with his father and siblings to manage Lipman Poultry Farms.  He met the love of his life Gail in 1981 and they married in 1985. He had his daughter Danielle in 1987 which he often shared as one of the proudest moments in his life. He was a family man who loved being a husband, a father and most recently a proud Grandfather to his “buddy” Nash.

He worked 25 years as a machine operator at Maine Poly and later as a Transportation Aid for the Department of Transportation.  Wally was known as a hard-working man who enjoyed working with his hands. You would often find him making well-houses, mowing his lawn, cutting and stacking wood or just tinkering on something. If he wasn’t tinkering on something he was riding his motorcycle with his wife, father, daughter and friends often riding to his favorite spot, Pemaquid Point. He loved spending time with “the girls” his beloved dogs Sheba and Kenzy. He enjoyed and appreciated the simply things that life had to offer.

Wally was an honest, kind, loyal, strong and loving man. He was the first to offer help but never expected it in return. He made friends wherever he went. Strangers became friends and friends became family. He had no quit - it was all grit. He loved big and deep. His love had no boundaries, no expectations and was always expressed genuinely. The world was a better place with him in it.

He was predeceased by his parents Wallace and Kathleen Hall, sisters Laura Oliger and Sharon Hall.

He is survived by his beloved wife of 34 years, Gail; his daughter Danielle Sherwood and her husband Eric; his most recent pride and joy grandson Nash; Brothers and Sisters; Tim, Mark, Lenny, Mike, Colleen, Carol, Charlene, Doreen and Vicky; many brother and sister in-laws; nieces and nephews and very special friends.

A very special and heart felt thank you to his heart donor and family, the staff at Maine Medical Center including the Cardiac Heart Failure/Transplant Team, his R7 nurses and his special lady Joan. You all were his angels on earth.

A celebration of life will be held on Sunday, December 15, 2019 at Noon located at the American Legion Post 179.

A private burial will be held in the spring.

Please consider registering to be an organ donor - https://www.donatelife.net/