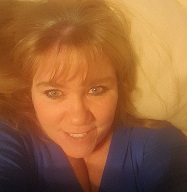 She knew of and fought the disease for a year and a half.  Patty faced the fight head on and with dignity and grace. With every obstacle that cancer threw at her, she fought with no complaints and never gave up hope. What gave her the strength to fight for as long and as hard as she did was the love she has for her son, Paul. That love, is what kept her here with us for as long as we had the privilege to have her.

Patty attended and graduated from Mt. Ararat High School in Topsham and also from Maine Maritime Academy in Castine. Once she graduated from College, she worked on a Liquified Natural Gas Tanker before finding her niche as a Dispacher at Triple AAA Northern New England. While there, she met wonderful people whom with time she considered as a second family.  A family that helped support her and her son through their journey.

Anyone who knew Patty, knew that she loved to fish. She considered herself to be the "Bass Master". When she wasn't dropping a line in the water, she enjoyed cross-stitching, wood-working, kayaking, taking walks on the beach, and playing video games with her son Paul. Anything she was doing with him was her favorite thing to do.

The family of Patty wishes to extend their most sincere and heartfelt thanks to the doctors and nurses of Maine Medical Center Cancer Institute for their care and compassion that was given to all. We also ask in lieu of flowers, donations be made in Patty's name to either the National Ovarian Cancer Coalition or the World Resources Institute.

Per Patty's wishes there will be a graveside service at Bay View Cemetery, in Bowdoinham on Friday, December 6, 2019 at 1:30 p.m.