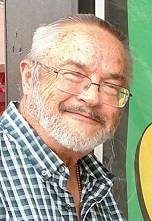 Melvin Frederick Curtis, 75, of Richmond, Maine passed away on October 19, 2019 following a long fight with cancer.
He was the son of Chester and Rachel Curtis of Richmond.
During his early years, he went to school in Maine, Hawaii, Washington, and Florida as he followed his father's military career. He received his B.S. and M.S. degrees from the University of Southern Maine. He taught at Lisbon High School and Montello in Lewiston before becoming Lewiston's first special education director for 42 years. He was honored for his dedication in 1998 by receiving the Spurwick Trustee Award and the Pendelton Award for Community Partner from Sweetser in 2007.
He married his loving wife in 1968, Marilyn (Rideout) Curtis and they just celebrated their 51st anniversary. He is survived by his son, Tyson Curtis, of Richmond, his daughter and son-in-law, Jocelyn and Erik Gray of Monmouth, and his two wonderful grandchildren, Ilanna and Miles Gray of Monmouth.
Visiting hours will be held on Sunday, October 27th from 12 to 3PM at Kincer Funeral Home 130 Pleasant St.; Richmond, Maine 04357