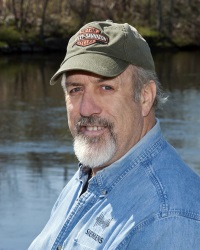 BOWDOIN - Craig M. King, 56, of Bowdoin, ME passed away peacefully with family by his side on Friday, August 21, 2015 at Bodwell Hospice Unit after a courageous battle with cancer. Craig was born at Mercy Hospital in Portland on March 30, 1959, the son of Walter M. King and Sarah King. 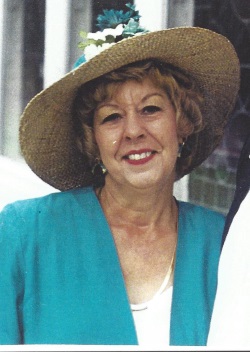 She was born on March 11, 1941 in Augusta the daughter of Andrew and Arleen Tuttle.

Sonja graduated from Hall Dale High School the class of 1959. She worked as an office manager for her and her husbands business for many years. Sonja was a longtime member of the Women's Legion Auxiliary Post 132 in Richmond and the Eastern Star Electa Chapter in Bowdoinham. 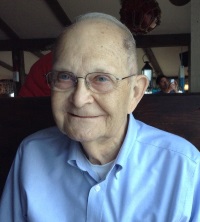 BRUNSWICK – Lieutenant Colonel John H. Alden of Brunswick, Maine, died on August 10, 2015.  He was born the son of Dwight M. and Ruth E. (Roberts) Alden in Needham, MA on November 7, 1935.  In 1957, John graduated from Bowdoin College with an AB Degree in Economics, married Marilyn Elizabeth Burns of Brunswick, ME, his dearly beloved wife for more than 52 years, and received a commission as an Armor Officer in the US Army.  He was a veteran of the Vietnam conflict and served his country with distinction for 24 years.

Following retirement from the army in 1982, John resumed his studies, obtaining a Master of Business Administration Degree from New Hampshire College in 1986.  That same year, he joined Maine State Government as a Personnel Management Analyst, where he worked until July 2000.

LITCHFIELD – Mary Augusta Stoddard, 92, of Litchfield died on Saturday, August 1, 2015 in Augusta.  She was born on December 31, 1922 in Gardiner, Maine, the adopted daughter of George and Mary (Wilson) Wellman.

In 1946 she was married to James Stoddard.  Together they enjoyed 55 years of marriage, and camping trips with friends.

Mary was employed for 24 years by the State of Maine, Department of Mental Health for 24 years until her retirement in February 1986.

During WWII she served in the Navy (WAVES) from 1943-1945.  She was assigned to communications and received training at Hunter College NYC, as well as Miami University Communications School in Oxford, OH.  Her Duty stations were Boston and Newport, RI. 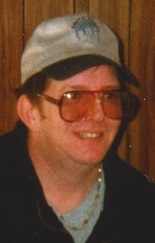 Richmond-Brian Pearson, 57, passed away
Thursday, July 16, 2015 at a Brunswick Hospital.

Known as Birdie to his CB friends, and as Big Guy to many, he grew up with his six brothers, Jim, Mike, Slugger, Tim, Mark and John. In his childhood, Brian loved spending time with cousins in North Bath. As a teen, he enjoyed Boy Scouts, and good times with his friends in the Alna Church youth group. As an adult, Brian served as a Big Brother. He worked at the BIW, the Bath Senior Citizens, as a CNA, and at various other places such as Wal-Mart, and Reny's. He played on a Bath softball league and loved going camping with friends. He never married, but had an adopted son, Jeff Wing, whom he took in when Jeff was a teenager.

In the last couple of years, as illness limited his mobility, Brian developed quite a list of phone pals that he called regularly. We miss his calls already, and we miss him even more. Calls will be made to notify friends and family with the date and time for the graveside ceremony.

Milan had a long and distinguished career in the United States Army. He proudly served in the WWII and Korean wars. Milan enjoyed reading the newspaper, dancing, movies, leaf peeping, his dog pickles and trying various restaurants.

A funeral service will take place on Monday, August 3rd at 12pm at the funeral home. A graveside service will follow at old Maine Veterans Cemetery, in Augusta at 2pm.

Arrangements are the care of Kincer Funeral Home 130 Pleasant St. Richmond, Me 04357. 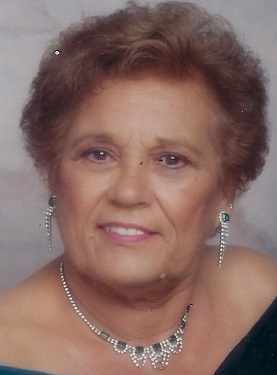 Gil proudly served his country in the United States Army during the Korean War. He worked as an automobile and diesel mechanic for Brooks and Drews. Gil later worked at Statler Tissue and Budget Rent a Car.

No services will be held at this time 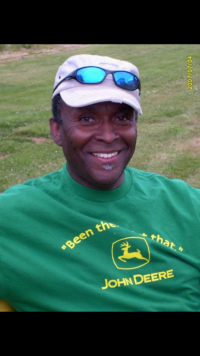 West Gardiner-Cedric Devon Novy, 64, of West Gardiner perished silently on June 23, 2015 in his home, hand in hand with his daughter, and wife and son close. Following a recent diagnosis of a rare cancer, Cedric’s expiry came swiftly only seven weeks later. Born to Carol Jean Novy of Farmville NC and Vance Williams of Greenville, NC on October 2, 1950, Novy’s dash in life lead him to the United States Air Force which included service in Southeast Asia, and later his loving wife Ellen M. Novy who he is survived by, and shared 40 years, 5 months, and 13 days of marriage. He is also survived by his daughter Dawn M. Novy of Gulf Breeze, Florida, son Lee C. Novy and wife Stephanie and three extraordinary grandsons Hunter, Marcus and Brandon of Fayetteville, NC-a family with which he carried insurmountable pride.

Novy’s 64 year dash included attendance at the University of Maine at Augusta where he earned an Associate Degree in Criminal Justice, and a Bachelor Degree in Public Administration. He worked at the Veterans Administration at Togus, and for the US Postal Service, retiring with 39 years of Federal Service. In that time, Novy also attended the Maine Military Academy, and joined the Maine Army National Guard, retiring in 2010 as Lieutenant Colonel with 33 years of service.

LITCHFIELD - Walford Francis Dyer, 65, of Litchfield, died on Thursday, June 18, 2015, at his home in Litchfield.
He was a proud patriot that fought and survived the Vietnam war, coming home with three Bronze stars, Army commendation, and Vietnam Service Medal.
After the service he moved to Missouri where he married and had two daughters, Theresa and Patricia. He had a trucking business for several years until circumstances and an overwhelming desire to come back to his family brought him home to Maine. He had opened a business in Litchfield up until the tragedies of war "Agent Orange" forced him to give up the business but he had built a network of friends and was very strong in the community; everyone who knew him could depend on his kindness and his unrelenting generosity where if anyone needed anything and he could help them he would. He accepted everyone and anyone without reservations and was always someone that could always support you and you could also confide in for an honest opinion. He could be hard to anger but quick to forgive and in his many years amongst us he has help many people.
His death was preceded by his mother, Lillian, his father Robert Sr.; his brother Joseph, sister Marjorie and DekeGurney; daughter Theresa; granddaughter Haley; cousins, Joe Whitmore, Rusty Whitmore, Bruce McFarland, Mike Whitmore.

WESTBROOK - Stasia Renski Stearns, 104, died peacefully with her family on Sunday, June 14, 2015. Born on July 14, 1910, Stasia was the second of five children to Charles and Laura Renski, who immigrated to the United States from Poland. She was proud of her Polish heritage and her role of matriarch to the extended Renski family. She was loved and admired by generations of her family and students.

She graduated from high school in Denmark, Maine, attended Gorham Normal School, earning a degree in education, followed by teaching in Albany, Sweden and Westbrook schools. She retired in 1976 after 27 years in the classroom, primarily in Westbrook at Bridge Street and Congin schools, teaching third and fourth grade. She will always be known as a strong advocate for reading.

Stasia was a 76 year resident of Westbrook living in the house she built with her husband of 60 years, Leo. She lived independently until recently moving to her daughter's home in Richmond, Maine. Her home and camp on Highland Lake were places where she gathered the family, gardened, knit and read, especially poetry. She always said maintaining her home, going up and down stairs, reading and doing word jumbles kept her mind and body strong. Last summer, Stasia was given the Key to the City of Westbrook by Mayor Hilton for her many years of residency.